This weekend we wandered over to Aguada, the next town over, for their Artisan Festival. These festivals are pretty frequent around the island and you can usually find one every weekend somewhere on the island. It’s a gathering of artisans from around the island, food and drink vendors, and various performances on a main stage - song, dance, masses, poetry…

Aguada has a nice town square with a pretty church. We drive through it a lot but we never wander around it so we decided to see what good food and entertainment we could find.

What we happened upon was unexpected, and we heard it before we could even see what was happening. A large crowd of people was gathered under a couple of tents with about 50 caged roosters and a small ring. We had stumbled upon a weekend cockfight!

Cockfighting has a long tradition in Puerto Rican culture and everyone has an opinion on the matter. Personally fighting of any kind bothers me and is hard for me to watch, whether it be human, poultry, or otherwise. I’m not going to say whether the sport is right or wrong because that’s not for any one person to know.

Over the past few years cockfighting has become a more regulated activity in Puerto Rico with the roosters having to wear little boxing glove covers on their talons.

What we saw in Aguada was a low key version of what I’ve been told happens in the official “galleros” or cockfighting arenas. Two organizers sorted and matched all the entries and then announced which roosters were up against who and when. There were light, medium, and heavy weight divisions. In true Puerto Rican fashion the matches were scheduled for 10am but didn't start until after 1pm! 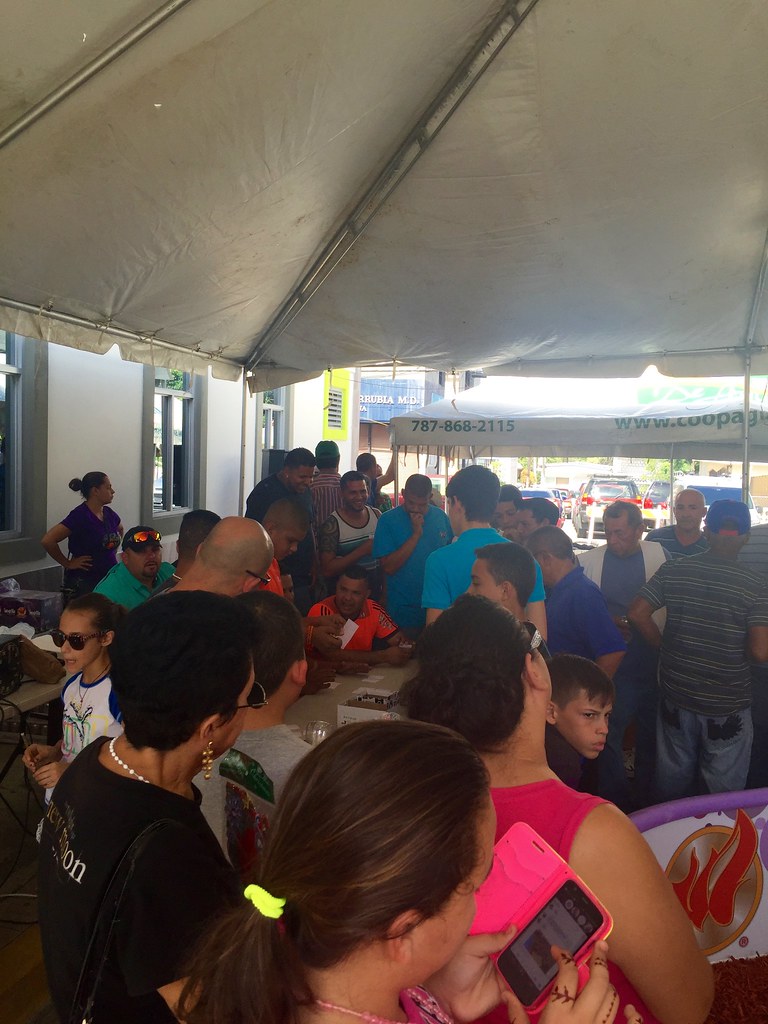 The matches started about 1:30pm with each bird getting their boxing gloves put on. Then their owners baited the birds by holding them up to each other’s faces. The matches went for 2 minutes each with the organizers counting how many punches each bird got in. To me it was a bit of ruffled feather wrestling. I couldn’t make out what a punch was versus anything else. Once the matches were done the birds were picked up, checked for blood or punctures, and taken back to their cages. You could tell the owners took care of their birds and up close they were quite beautiful. I was just happy we didn’t see any get completely maimed or even killed; apparently this sometimes still happens. 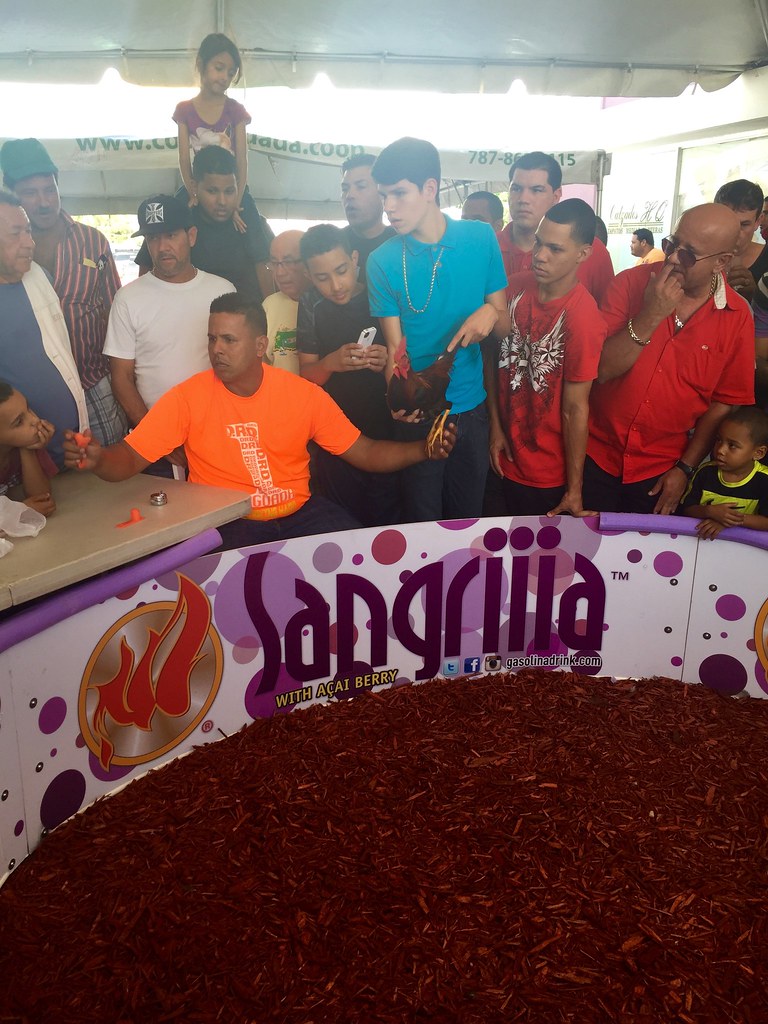 We only stayed for two matches but it was plenty of time to get a feel for the event. Betting wasn’t allowed officially, although the organizers said you were allowed to bet a beer or two. We could see the unofficial bookie on the other side of the ring with a big roll of cash though. While officially betting wasn’t allowed someone was making some money on these fights.

It was definitely an interesting and unexpected experience. And while I’m not a fan of fighting, I’m glad I got to experience a tradition of this culture. This is definitely one of the cultural experiences you won’t find at a weekend festival in the states. 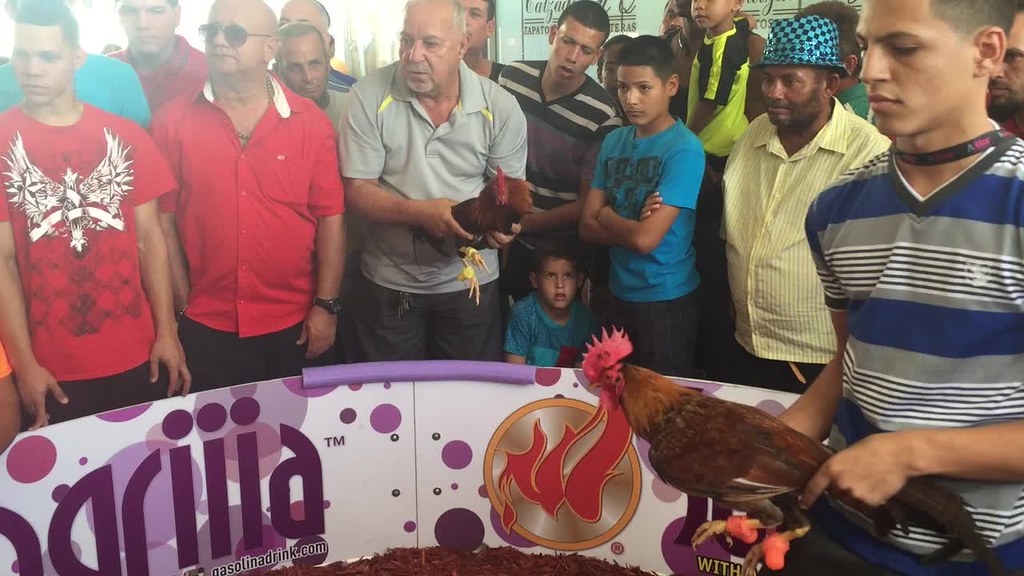 P.S. In keeping with the animal theme going on here, we came across this poor guy as we were cleaning the car this weekend. Seems he crawled under one of the seats then died. He was a desiccated almost fossil when we found him...jungle life is tough... 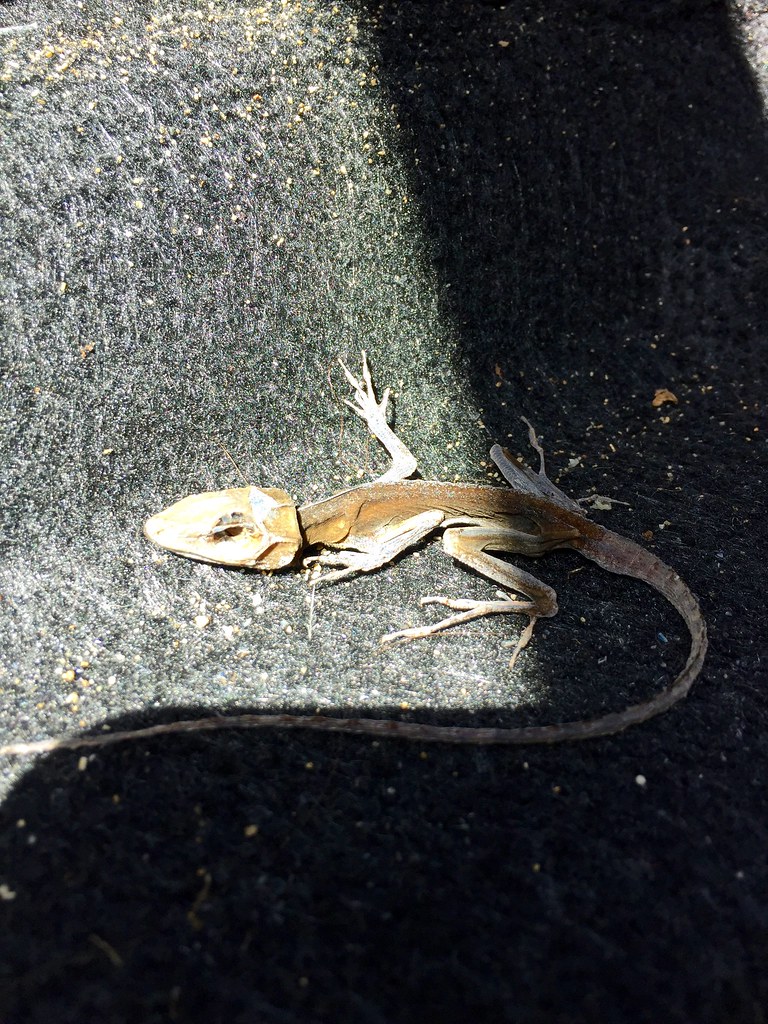 We've been quite busy the last few weeks with only a small breather this week. December is a full family month with everyone coming to visit for the holidays. Last 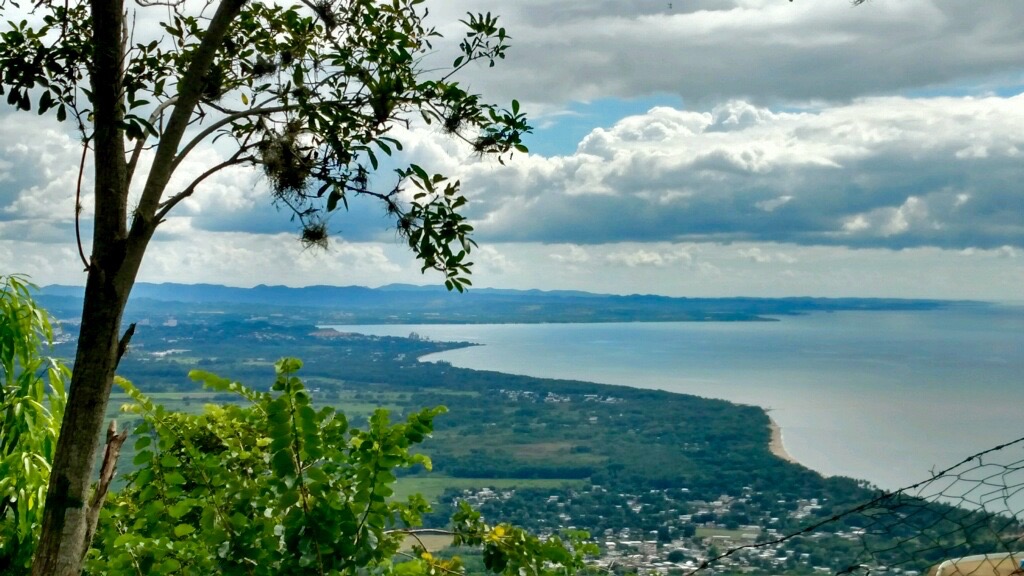 A couple of friends from Spanish class and I have been trying to do an adventure once a week or so as a way to explore more of our island.