After a couple of weeks traveling back to the states and packing up the last of our things in Carolina, we are officially back in Rincón for good!! We’re excited to be here permanently now and are settling into our routines of the weekly farmer’s market, Thursday’s art walk, Spanish classes (for me), and jungle clearing.

We were very excited to get back to our dirt and see how much of our last attempt of clearing remained or if the jungle had taken our little macheted trail back. We got a few new tools to aid us in our clearing attempts - shovel, rake, hedge clippers, hedge clearing blades for the weed whacker, and an azada - known in english as a digging hoe. Just a machete wasn’t going to do the job. Don’t get me wrong, I still love having a machete and it is very handy.

A lot of people clear land here using grazing animals like horses, goats, or cows, and we had been talking about finding someone that might want to help us out by feeding their grazers with our jungle but we hadn’t been able to connect with anyone yet. So when we got back to the land this weekend we were quite surprised to see this… 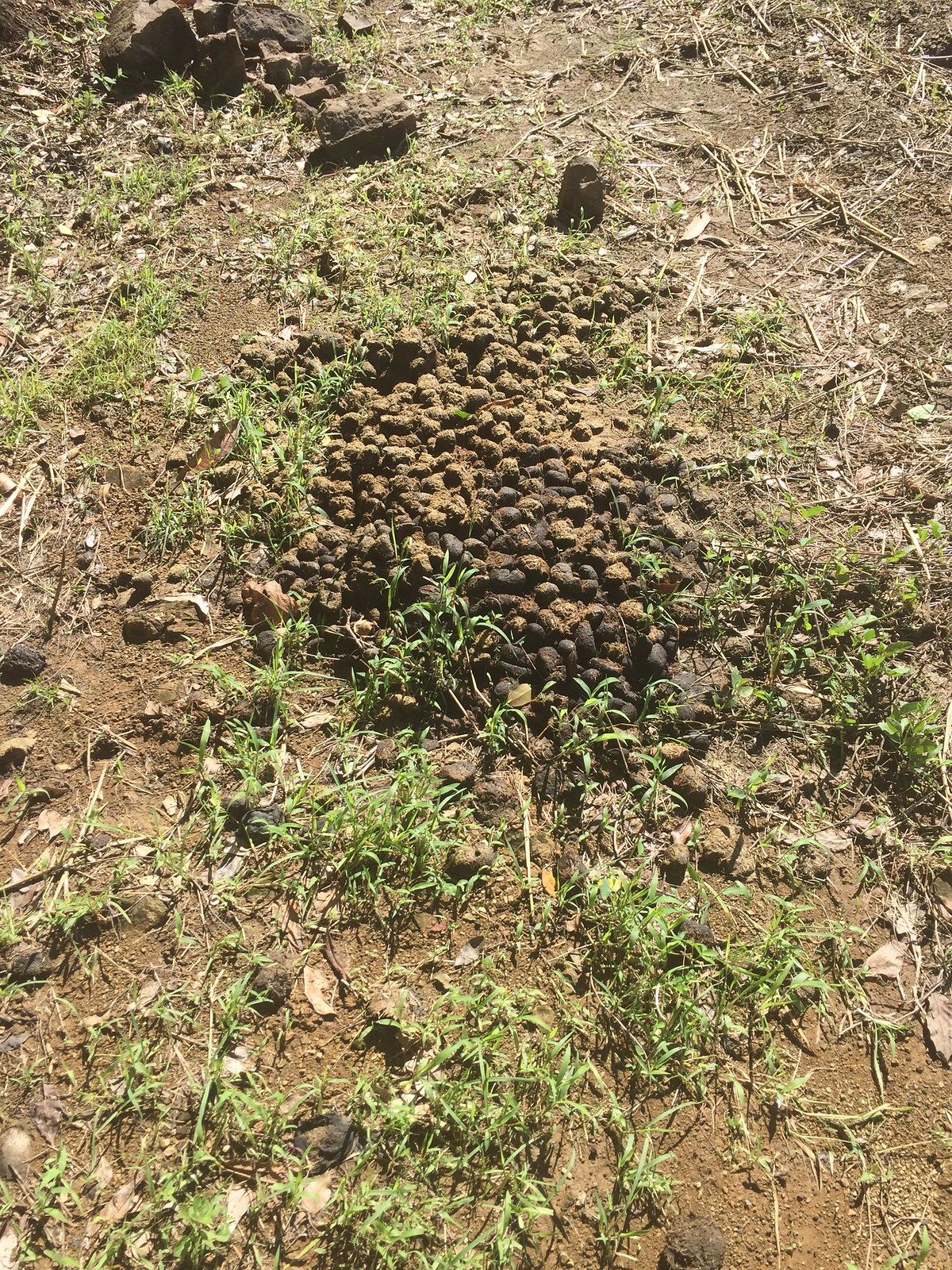 and as we walked further down to check out our trail we realized the area had been pretty well cleared already and we could easily walk down to the Pana tree we had been trying to attempt to get to last time! Someone has been in our jungle!! 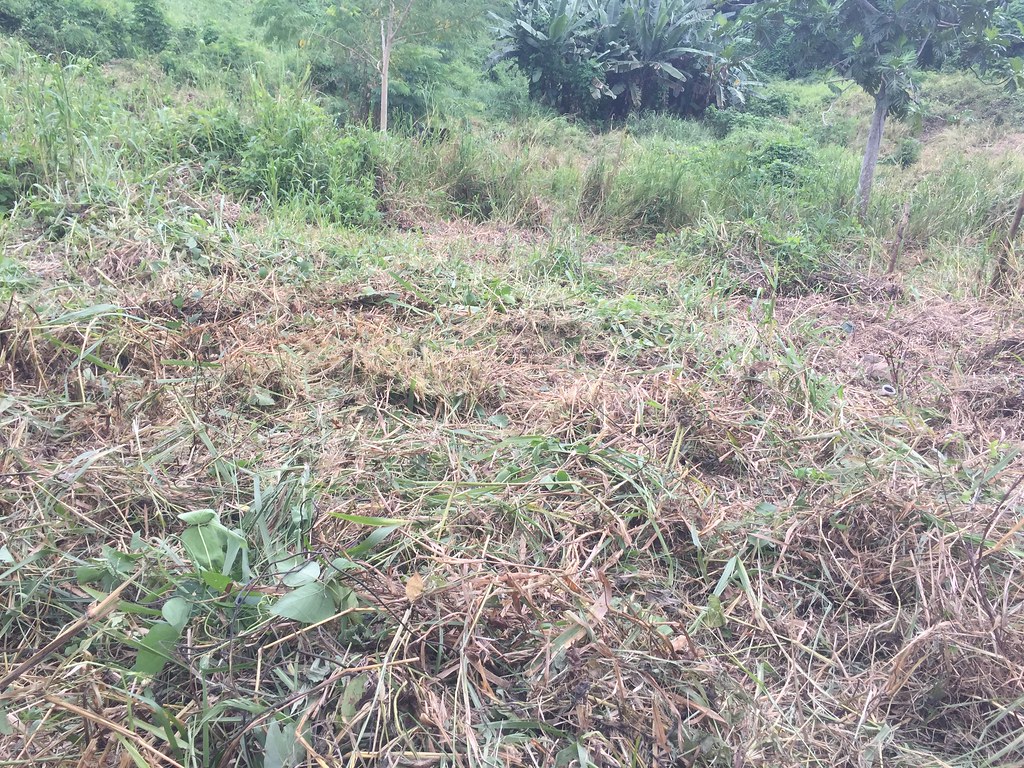 Upon further inspection further down the hill we found these two staring back at us! 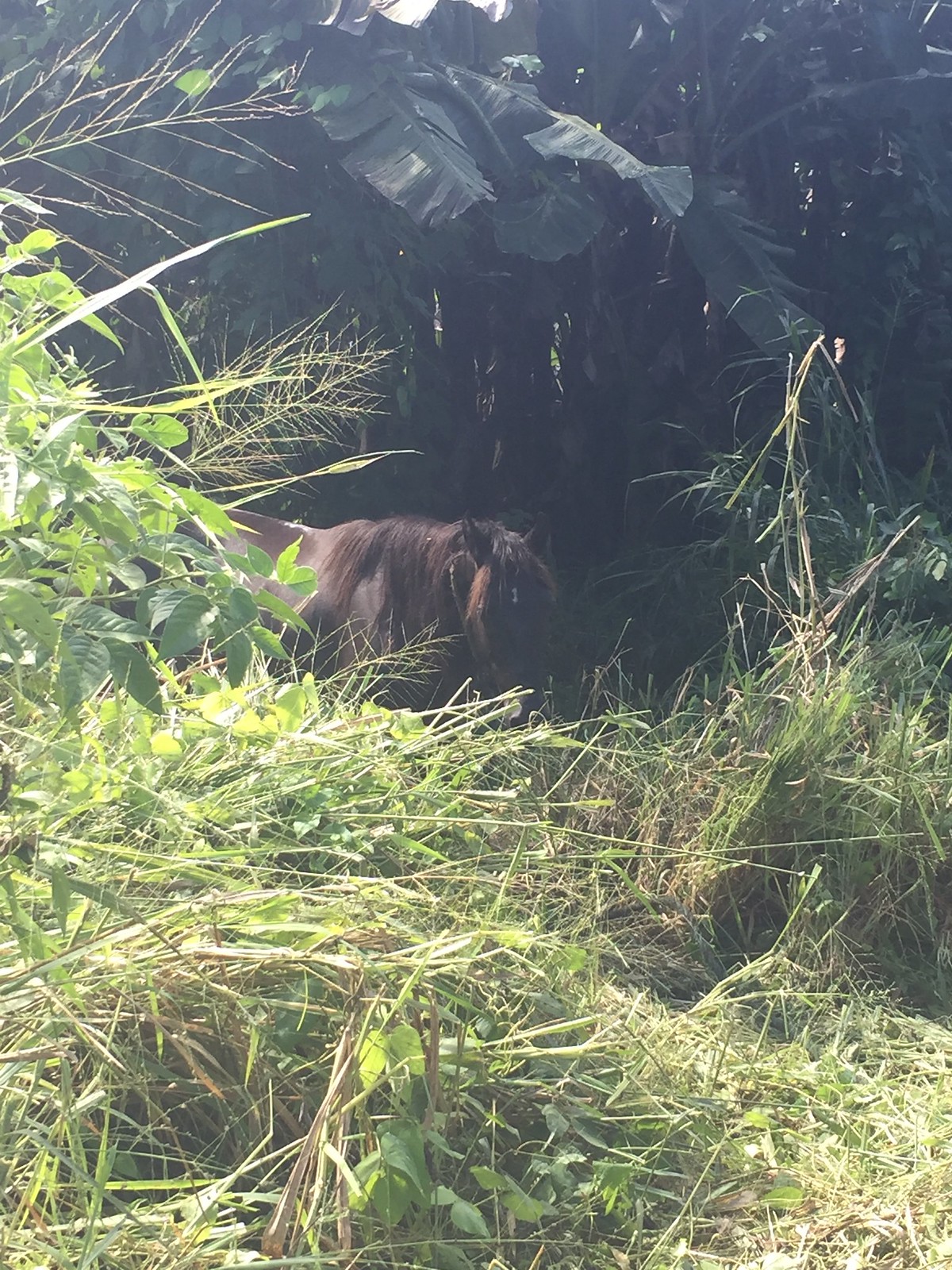 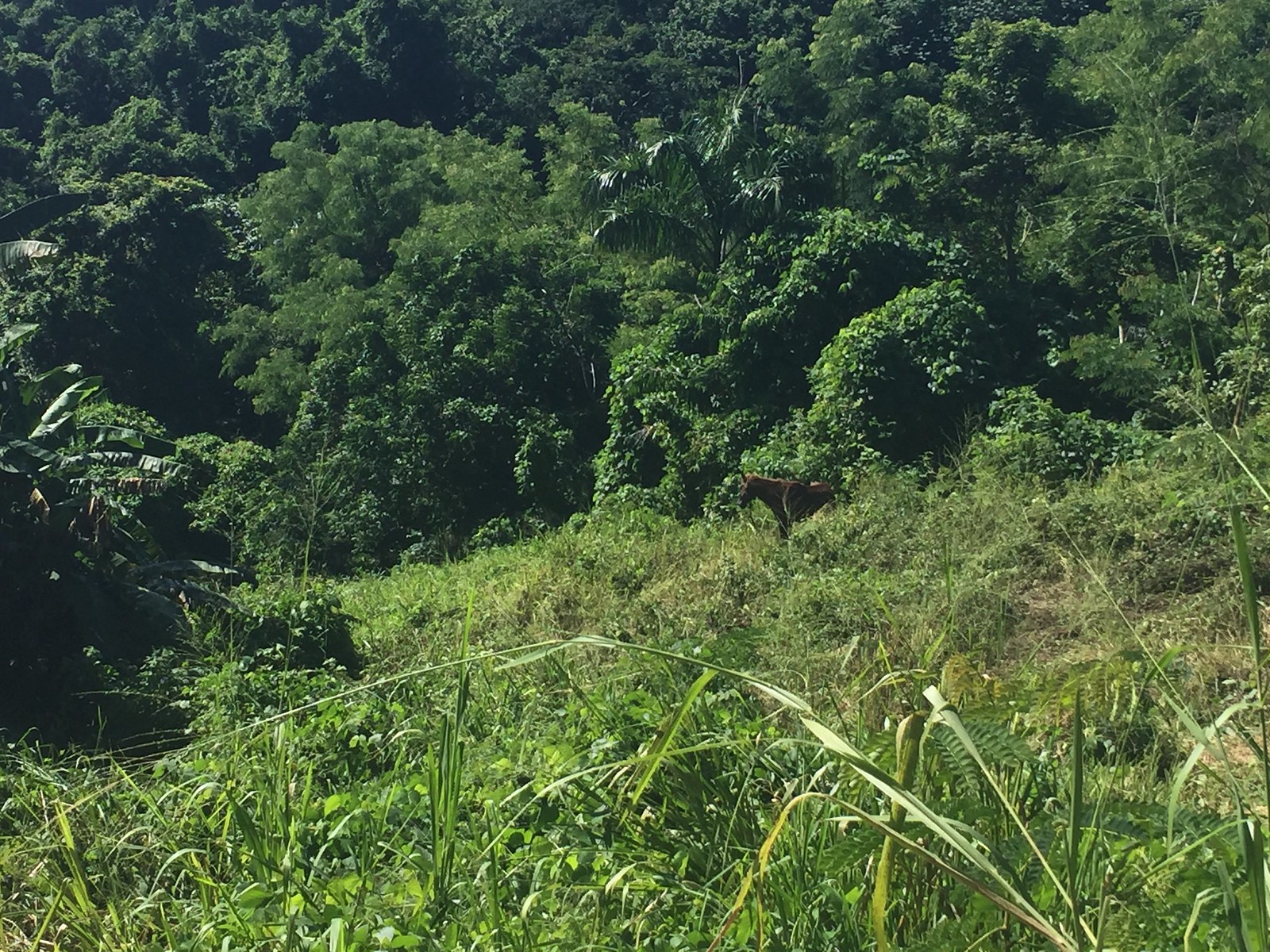 We could tell they were brought there by someone and probably not abandoned or wild as there was evidence they had been tied up in various places on the property at different times over the last few weeks. I was a little worried about them not having water or if someone would come back for them, but we spoke with a neighbor who said their owner had an arrangement with the previous owners to keep them on the land sometimes and he brings them water and checks on them every afternoon. Good on multiple accounts, because in the back of my mind I didn’t know what we would have done with 2 abandoned horses - something that, while not common, does happen here. What’s interesting is that in the three months we’ve been coming to check out the property before the sale was final we didn’t see any evidence of them being there. Hoping to meet the owner very soon one of these afternoon.

I’m also going to start saying we need to find buried treasure on the property too because then maybe that will just show up as well!!

The horses have really helped us out with clearing. We have a LOT of pica pica to clear.

Pica pica is a tropical climbing vine whose scientific name is Mucuna pruriens. Once the plant matures it produces seed pods that are covered in tiny hairs that are carried by everything including the wind and they produce a terrible itch on the skin, hence the name, pica pica. We’re trying to get rid of as much as we can before they mature in the dry season. Luckily the horses like eating it and our souped-up weed whacker is helping to eradicate the rest. 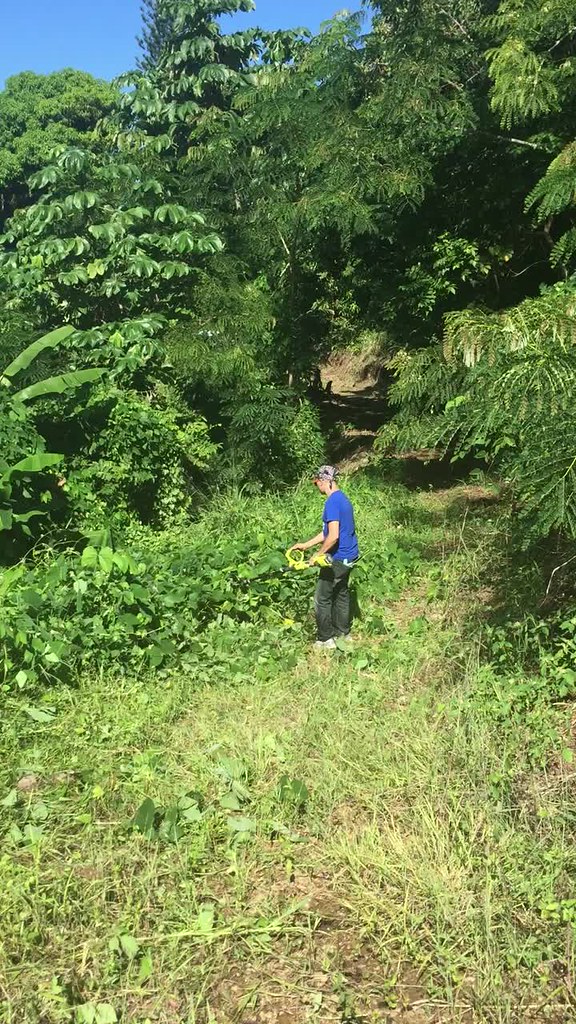 It’s a lot of work but we made good progress this weekend. Plus it's really fun to be out in the sun hacking away at the jungle and discovering new finds every time we’re out. 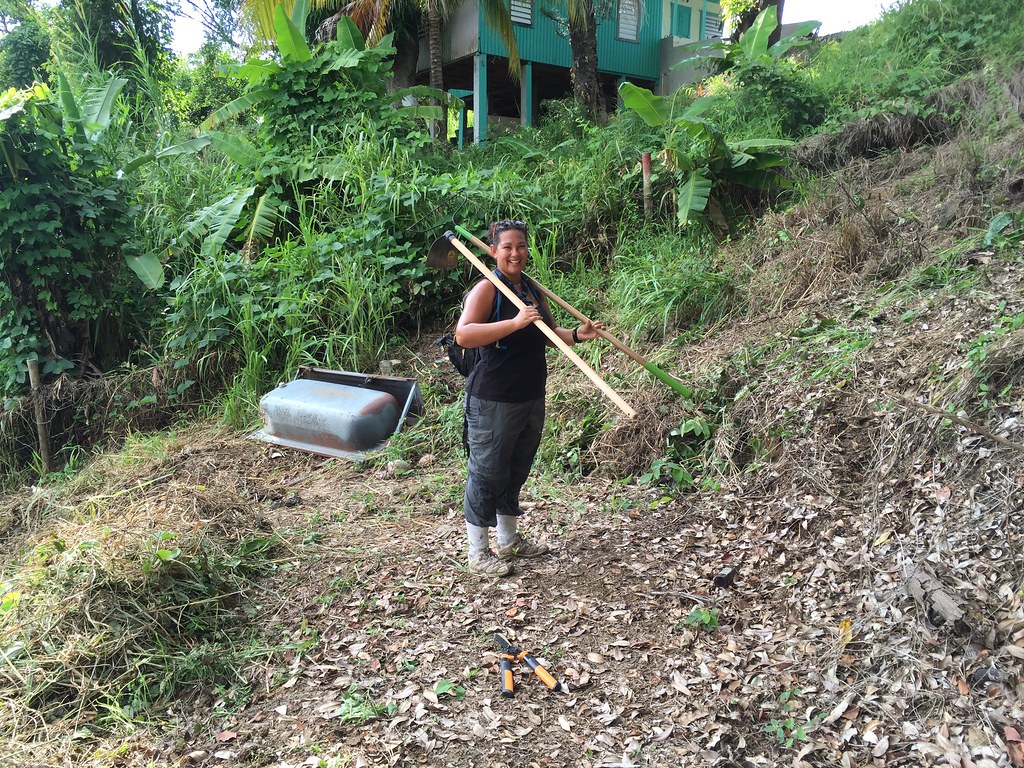 Also, the horses have two egret friends that like to stand on their backs and hang out! 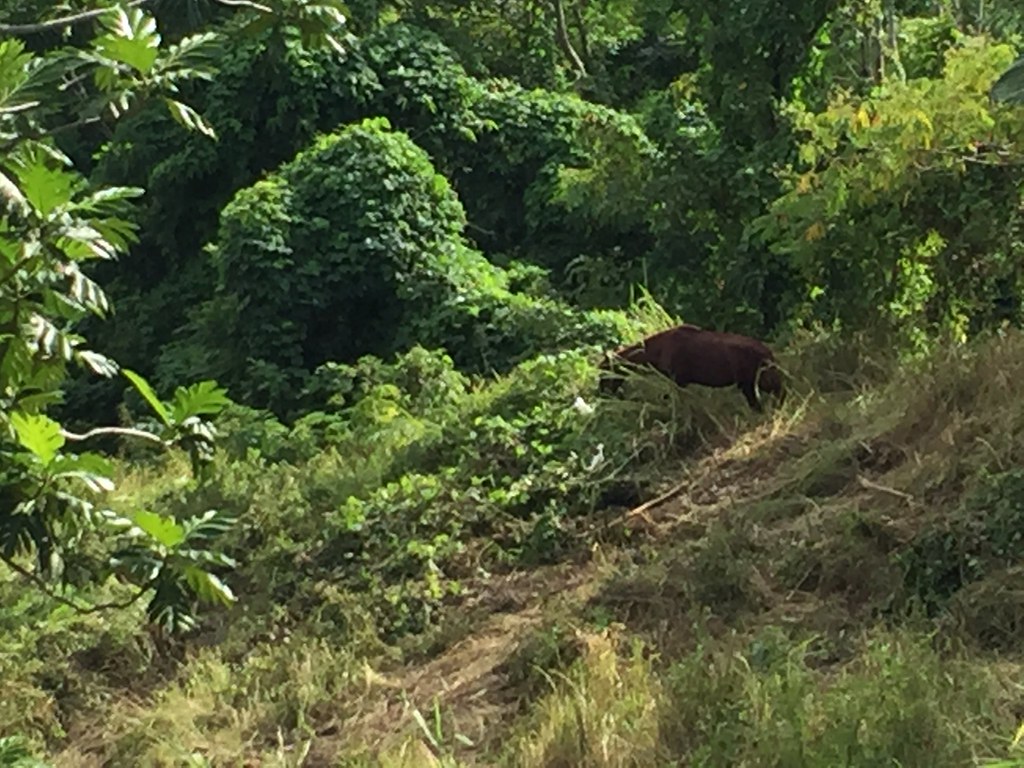 Back in town, I signed up for a Spanish Immersion class that’s at Mamma Mel’s Learning Center right next to our apartment. It’s twice a week and a good way for me to get an ear for the Puerto Rican tongue. Otentimes people can tell you’re not a native Spanish speaker so then they will change the conversation to English. It’s a very nice gesture, but not always helpful when you are trying to improve your Spanish.

Our Spanish class is nice because it’s a mixture of levels and our instructor speaks slow enough so we can really hear the words she’s saying. She also tells us when a word or phrase is a Puerto Rican-ism, which I love because I’m really enjoying learning these “only in Puerto Rico” terms to then share with my other Spanish speaking friends and family back in the states. I’ve compiled a list to share with everyone reading this, so you’ll have them ready for when you come visit! I’ll add more as I learn them further down the line.

For the visitors with a little more Spanish fluency, here’s a video by a local band called Sancocho that plays into a number of Puerto Rican-isms. The next one amusingly covers different words and their meanings throughout latin america. Enjoy! 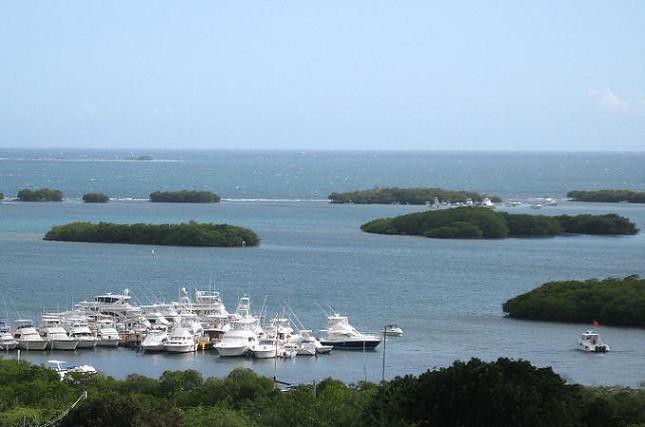 Summer in Rincón is coming to an end. I even had a fleeting thought last night of finding my sweatshirt I packed three months ago…just a thought. It’s

Well, 2 acres of land that feels like a small jungle but its mostly just overgrowth. We’ve also officially become residents of Rincón, Puerto Rico. Our initial plan when