It has been a while since our last post and quite a lot has happened. We will hopefully have a post in a month or two with some news on the Puerto Rico front. In the meantime I will be posting some short entries in the coming weeks about our current travels. Enjoy!

We are currently sitting in Newark airport waiting for our flight to Beijing. Though Cassandra has been once before I have never been. China has long been on my list of places to visit. Its rich culture and history, as well as the seeming political and economic contradictions, have long interested me. And thanks to Cassandra's job I am finally getting a chance to go.

On top of that we will be visiting Tokyo and Kyoto in Japan (first time for both of us) and Vancouver in Canada (also a first for both of us). Japan will be a chance for both of us to explore one of the great megalopolises of the world and immerse ourselves in a culture we both find fascinating. We are hoping that Vancouver, at the end of our trip, will provide some calm and respite in a beautiful natural setting. In total it will be four cities in 24 days.

Fun fact: The most efficient route to Beijing from New York City is neither East over the Atlantic nor West over the Pacific. Apparently it is north over the top of the world.

Some things I am looking forward to:

NOTE: I do not have a phone to take pictures so apologies about the wall of text. One of my first tasks when I land will be to purchase a burner phone with a camera. Future posts should be more visually interesting.

The airline has just called our flight to board. The next post should be from the other side of the world! 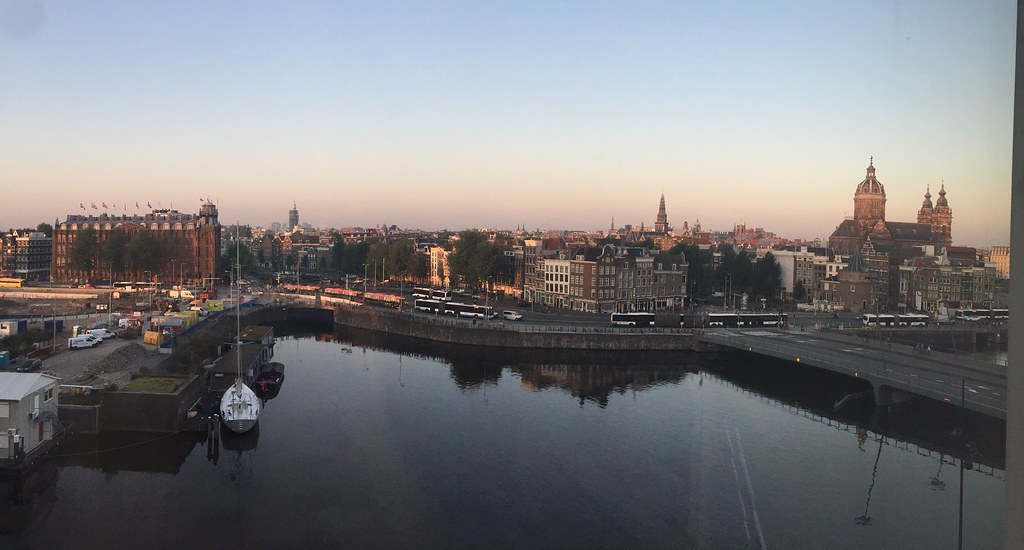 We've been in Europe 2 weeks now and despite a ridiculous amount of luggage we're enjoying our time so far (as was to be expected). Week 1 was spent in Amsterdam. I worked an event and Alejandro worked in the hotel. The most surprising thing for both of us was